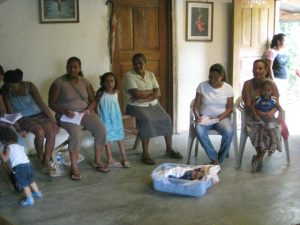 The Center for Religious Tolerance has helped support this program for two years through our Mini-Grant Program. This project creates an environment in which present day conflicts in Honduras can be resolved non-violently, by training a select number of young and indigenous women in alternatives to violence. The hope is that through the training process, women begin to heal the multiple forms of trauma created by a context of personal/public violence.  With the help of our most recent mini-grant, Dream Weavers conducted a series of workshops on Trauma Healing and Alternatives to Violence with women in two of the poorest neighborhoods in San Pedro Sula, Honduras.

Obogima – Promoting Peaceful, Just And Harmonious Life In Rural Villages Free From Violence Against Women And Girls. Kenya – This project will conduct forums in four Kenyan villages to educate communities about sexual and domestic violence against girls and women. The project is being funded for a second year.

Kenya – This project will conduct forums in four Kenyan villages to educate communities about sexual and domestic violence against girls and women.

“Let’s Talk About the Middle East” is co-hosted by CRT’s Andy Blanch and Juliana Musheyev on WSLR 96.5, Sarasota’s community radio station. The show focuses broadly on Middle Eastern politics, culture, religion, and history. It aims to humanize the conflict in Israel and Palestine as well as other conflicts in  the Middle East by interviewing people that have a stake in the issues. 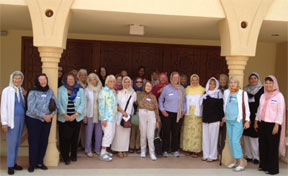 The Women’s Interfaith Network invites women of all ages, abilities, beliefs, cultures, faiths and races to learn about and value our similarities and differences. We work to eradicate stereotypes and prejudice beginning in our own communities in order to promote our common humanity and build a peaceful world. The Women’s Interfaith Network (WIN) of Sarasota-Bradenton completed its fifth year of activities in December 2012. Currently, there are over 100 members representing a variety of religious orientations, including Judaism, several forms of Christianity, Islam, Wiccan, Humanism, and Metaphysical as well as indigenous and spiritual traditions. WIN’s mission is to work towards understanding and cooperation across religious, racial, ethnic, cultural and national boundaries.

CRT is one of over a dozen local groups working actively to address racism in Sarasota, Florida.  These groups have come together to form the Manasota Anti-racism Coalition, which meets quarterly to share information, support each other’s work, and develop a comprehensive agenda for change.  This year, CRT partnered with the Anti-Racism Coalition to sponsor an Undoing Racism workshop featuring the People’s Institute for Survival and Beyond. The workshop, which is designed specifically for individuals of faith and spirituality and was set to take place in March, unfortunately, had to be canceled due to COVID-19. We are hopeful this event will be rescheduled in the Fall of 2020.

The recent murders of George Floyd in Minneapolis, MN, Ahmaud Arbery in Brunswick, GA, and Breonna Taylor in Louisville, KY confront us once again, as so many times in the past, with how deeply embedded racism is in our society. The Manasota Anti-Racism Coalition (ARC) recognizes that racism and white supremacy shaped the founding of our nation and continue to impact our systems and social institutions. We recognize that unconscious racism makes it difficult to acknowledge and address racial injustice and that inequity will be with us until we demand otherwise and work to transform our systems and institutions. We recognize that incalculable harm is being done to Black, indigenous, and people of color by the misuse of institutional power and by failing to confront and remedy the cumulative impact of hundreds of years of inequality and oppression. We also recognize that white people are harmed by racism and white supremacy in distinct ways as it misshapes them and disconnects white people from their humanity. The Manasota Anti-Racism Coalition recognizes the urgency of the present moment. The Covid-19 pandemic has clearly revealed the health impacts of centuries of violence, systemic racism, and of unequal access to health care. Economic disparities are increasing, and racially-motivated hate crimes are rising. It is clear that something needs to be done now. We therefore: 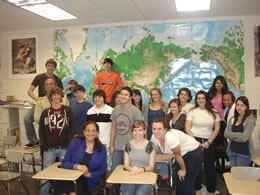 Through our Young Peacemakers initiative, the CRT has reached out to local youth in Sarasota County to help create the new generation of people working towards peace. In 2010 we partners with the United Religions Initiative to create a six-month study in Sarasota High School called, “Healing Racism”. We also pilot tested a program that provided training for teachers in Sarasota High School in how to create conflict-free classrooms and defuse potentially threatening situations. The initiative was funded by a small grant from Teaching Tolerance, an initiative of the Southern Poverty Law Center.  CRT also provides internship opportunities in the United States and Israel for local high school and college students. Students get a chance to meet the peacemakers in person, organize interfaith events, and use their own skills and talents to help build a more peaceful future (Unfortunately, with rare exceptions we cannot fund travel or housing costs.)

Read Jason’s blog from his internship in Israel during the summer of 2010. 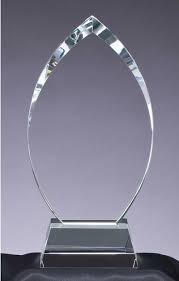 This award is given by CRT to an individual who has spoken or acted with courage to promote interfaith understanding, religious tolerance, diversity, and/or social justice. The goals of the award are: 1) to keep alive the memory and spirit of Ms. Elisabeth Schilder and her students; and 2) to bring attention to individuals and groups who represent that spirit in action in today’s world. We sometimes face situations in life when fear or a sense of fear of powerlessness threatens to overwhelm us. Some people rise above such circumstances and take action. regardless of personal consequences. The recipient of this prize is one of those people.

CRT Established this award in honor of Elisabeth Schilder, a German woman who acted courageously in the face of “Kristallnacht” the Night of Breaking Glass. This piece of handcrafted art glass was selected to remind us that like glass, we are sometimes fragile and sometimes incredibly strong. Just as light passing through glass can create transcendent beauty, a spirit of tolerance can ignite the courage to act in ways that alter circumstances and outcomes. 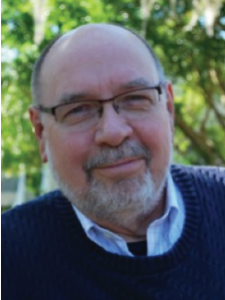 This award will be given by CRT to an individual who has spoken or acted with courage to promote interfaith understanding, religious tolerance, diversity, and/or social justice. The goals of the award are: 1) to keep alive the memory and spirit of Ms. Elisabeth Schilder and her students; and 2) to bring attention to individuals and groups who represent that spirit in action in today’s world. The award will be presented at World Peace Day, an annual event sponsored by the South West Florida Coalition for Peace and Justice.

The 2015 Elizabeth Schilder Religious Courage award was given to Pastor Carl vom Eigen of Tarpon Springs. A retired Presbyterian Minister, Pastor Carl is Treasurer of Peace4Tarpon; serves youth in the community as a tutor, mentor, and guardian ad litem; and has led interfaith discussions regarding sacred texts. By creating opportunities for citizens to speak out – particularly those who have been forgotten or subjected to social injustice – he demonstrates that the sum of seemingly ordinary acts can add up to an extraordinary life.

In February, SRQ Strong hosted a visit from Rev. Paul Abernathy, Pastor, and CEO of the Neighborhood Resilience Project, which brought nearly 200 community members out for our largest community forum yet.

Watch the full event HERE, and read about his visit HERE.

In 2007, a 3-day meeting of fifteen women from across the Middle East – five Jews, five Muslims, and five Christians – was held in Amman, Jordan. Women were selected on the basis of religious affiliation, experience with peace building, leadership capacity, and commitment to working in an interfaith context. Intensive workshops, dialogue and planning led to the development of a model for developing women’s interfaith leadership.

Garden of the Mothers

Trust-Emun opened the Garden of the Mothers in 2011 at the Community Center of Daliat HaCarmel, a Druze village in northern Israel. The garden, which includes a stone engraved with the park’s name and 44 trees planted in honor of families affected by a regional forest fire, serves as a place for women’s peace gatherings.

View the video on YouTube
Read the Final Report

In 2012, a six-part course was held dealing with various aspects of trauma, including working with the body (sensory-motor psychotherapy) and self-regulatory techniques. Participants included 14 local professionals – two clinical psychologists, three educational psychologists and eight social workers – to increase the likelihood that knowledge would filter down into the wider community.
Read the Final Report

In 2012, the Association for the Commemoration of Bat-Chen Shahak brought together Jewish and Arab Israeli school children living in two neighboring communities in the central area of Israel — Lev Hasharon and Tira. The goal was for the children to get to know each other and to learn about each other’s culture, community and religion. Together they designed and built a “peace pole” which was signed by each child and placed in each school’s play yard.

This project, conducted in 2012, established two free reiki clinics for peacemakers in the West Bank, one for men and one for women. The clinics were staffed by an interfaith team of volunteers and practitioners, and were designed to help students learn to trust each other at a level far deeper than words can effect, leading to reduced tensions and the development of open communication, trust, and friendship.

This project, also known as 1325 Women Making Peace and Women 4 Peace, is an ongoing online social enterprise dedicated to issues concerning women and peace. The project developed two online initiatives – a website and a facebook page – and held one field meeting, a workshop on the creation of an online campaign for peace.

This project used Voice-in-Movement Integration, which releases women’s natural musicality and frees up both expressivity and listening, to enhance connections, understanding, and teamwork among Palestinian and Jewish educators at the David Yellin Academic College in Jerusalem. A total of 8 workshops were held in 2013 – 2014.